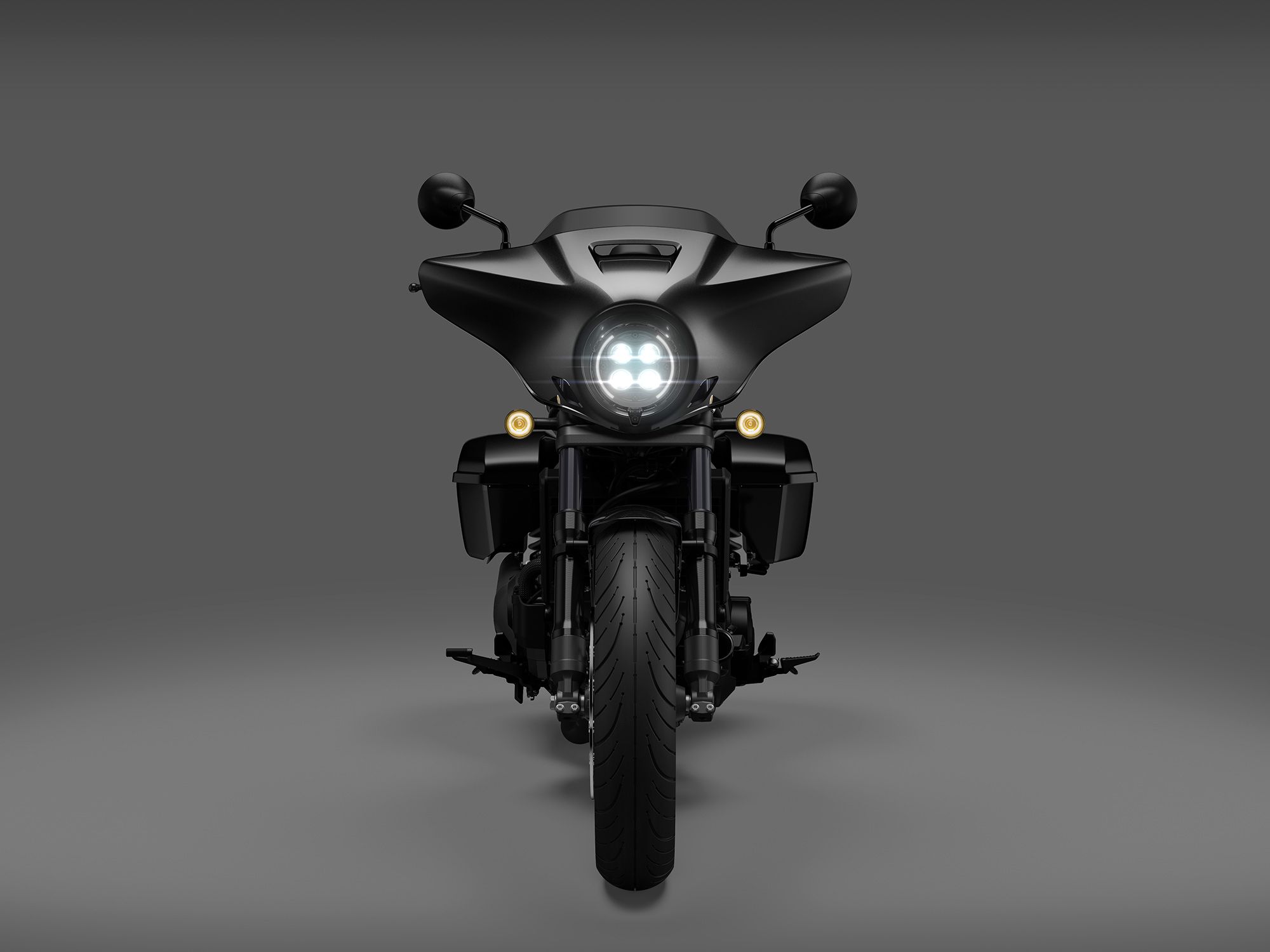 American Honda shows off a bagger variation (“T”) of its popular Rebel 1100 DCT for the 2023 model year. (American Honda/)

American Honda has announced the entry of a touring variation of its popular Rebel 1100 twin-cylinder cruiser for the 2023 model year. Based on the existing Rebel 1100 DCT, the Rebel 1100T DCT ($11,299) adds “a large windscreen, as well as hard saddlebags that offer a combined 35 liters of space (9.2 gallons), giving riders added comfort and cargo storage,” according to an official American Honda press release.

Editor’s note: We have reported in depth on the capability and specifications of Big Red’s parallel-twin-powered Rebel during the 2021 Honda Rebel 1100 MC Commute Review and Is Honda’s 2021 Rebel 1100 DCT Cruiser a Modern Sportster? articles and videos.

As we said: “Even in its highest power setting (three power modes are available), the 1,083cc twin is more sedate compared to the more punchy 2020 Africa Twin version [read and watch our reviews during the 2020 Honda Africa Twin Adventure Sport ES DCT MC Commute Review] it’s based from.

“Rebels are renowned for their friendly demeanor and ease of use by virtually any sized rider, short or tall. And the 1100 continues the format,” we noted after a test ride during the official North American press introduction for the bike.

“Mid-foot controls, a low seat, and slim powertrain make for a bike that’s easy to straddle, especially for smaller riders. Although a tad narrow, the handlebar has a pleasing upright bend that will work well for most.”

Lockable hard-case luggage elevates the Rebel 1100′s utility factor, however there are no accommodations for a passenger in stock form. These features add 33 pounds to its 542-pound curb weight versus the standard Rebel 1100 DCT.  Range is sure to be an issue for touring riders, considering its limited 3.6-gallon fuel tank size.

The T-spec Rebel bagger comes in two unique colors, Metallic Black and Bordeaux Red Metallic. Honda’s existing Rebel 1100 motorcycles return starting at $9,499 for the six-speed manual transmission. The twist-and-go simplicity of Honda’s marvelous dual-clutch transmission can be added for a $600 upcharge, $100 less than the one the Rebel introduced for 2021.

“Honda’s optional DCT is a game changer for novice and more experienced riders alike,” we reported after our introductory test ride in 2021. “It takes the worry out of synchronized clutch and gear-shifting action replacing it with a fully automated experience, much like a scooter. Still, riders can select each of the six gears, manually via paddlelike buttons on the left-hand-side switch gear.”