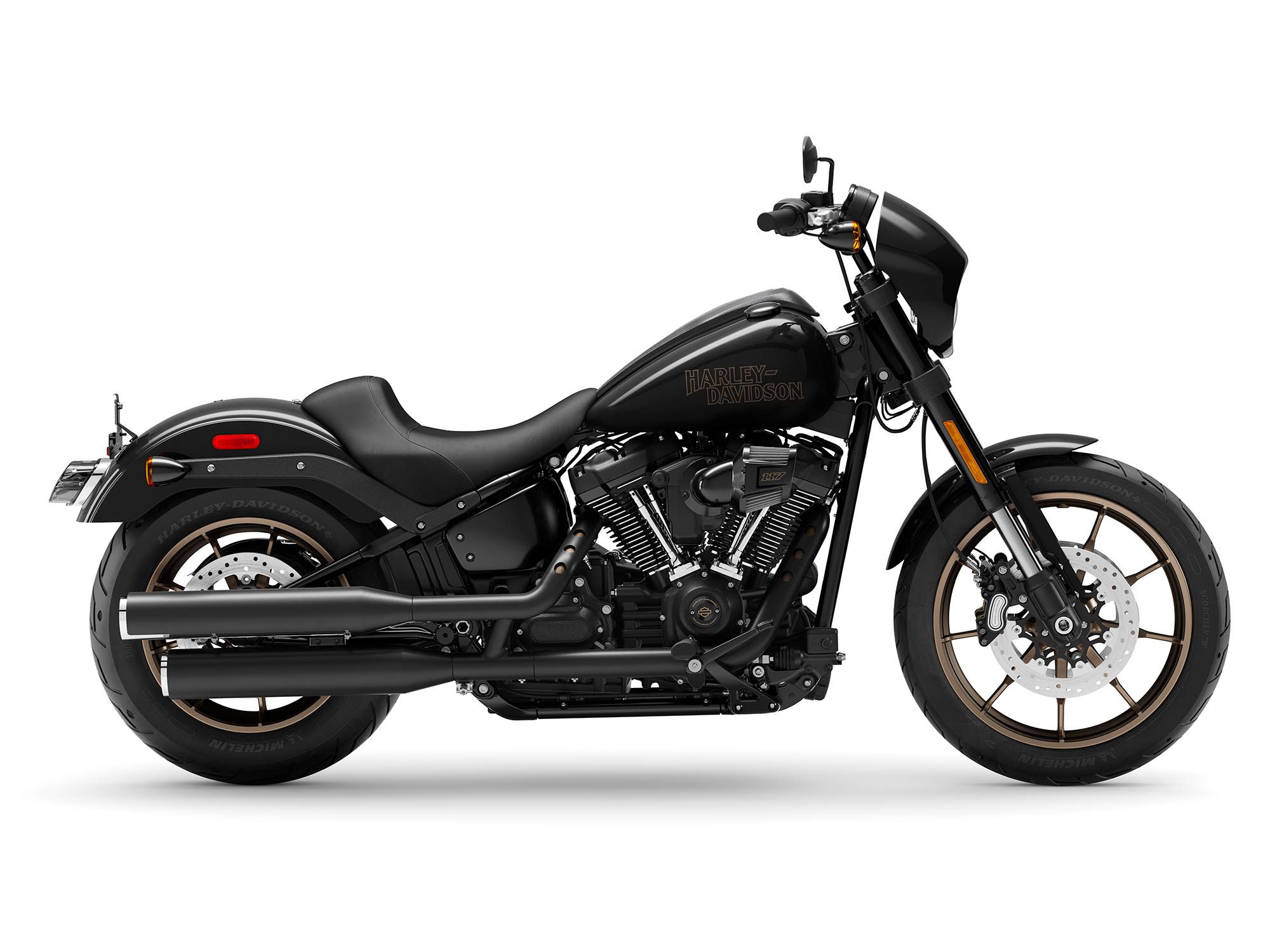 The Low Rider S is an excellent example of a modern Harley-Davidson Big Twin. It’s big and loud, but smooth and refined all at the same time.

The Low Rider S was introduced as an extension of the Dyna platform, then as a Softail in 2020. That initial Softail model has been refined and updated for 2022 without losing the muscular character and classic style that defined previous LR S models.

The Milwaukee-Eight 117 engine is well-tuned and strong. Ergonomics are somewhat tight for more relaxed rides, but great for shifting your weight around in corners—at least compared to other H-D models. Unfortunately, cornering clearance is still somewhat limited.

The S is a great example of the high level of fit and finish we expect from Harley-Davidson. Paint is smooth and shiny, cables and wires are all neatly tucked away, and there is no clutter, making it easy to focus on the bike’s overall form and performance. 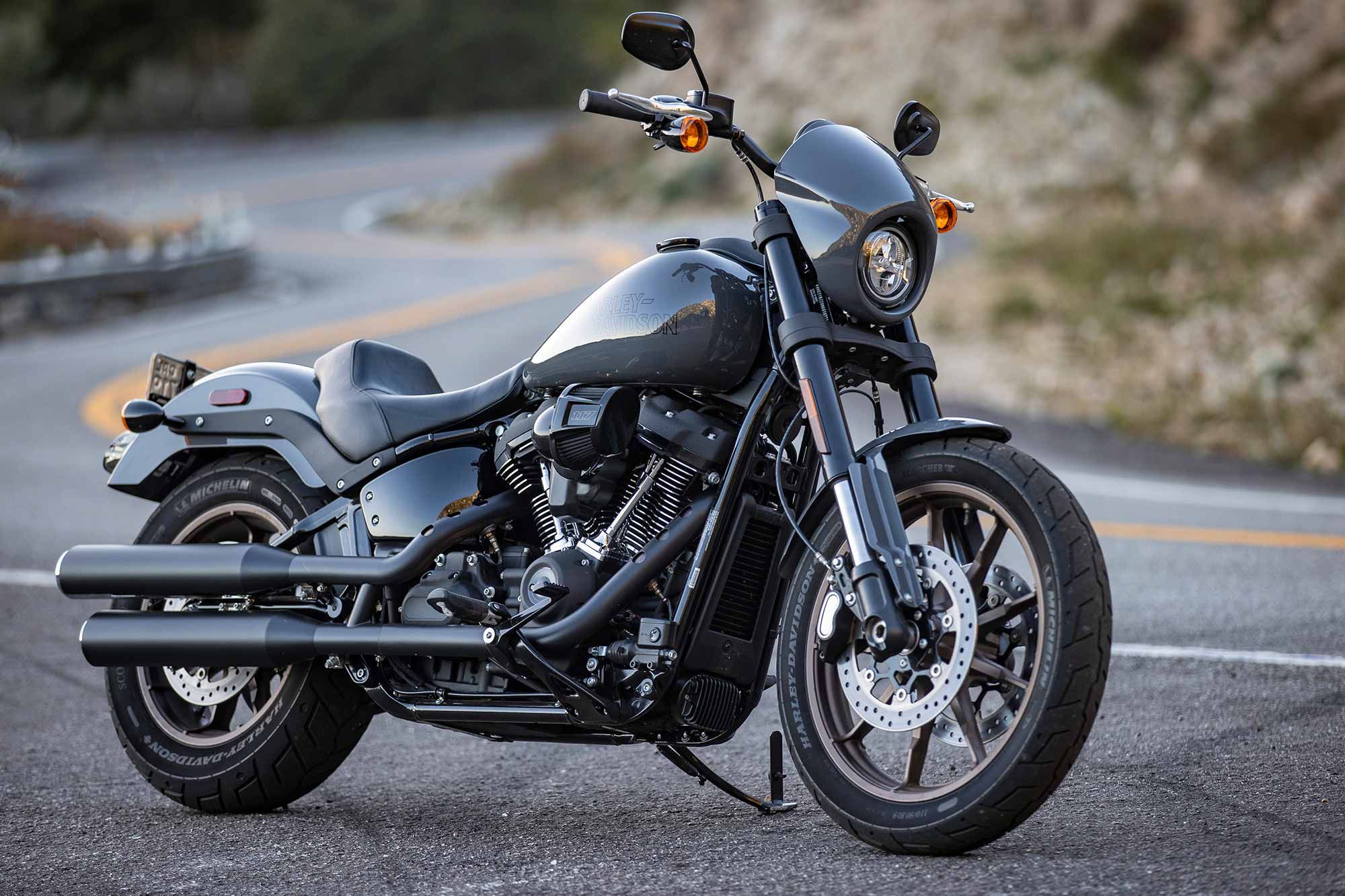 The Low Rider S is a balance of style and performance, with style dictating the measure of performance allowed. (Jeff Allen/)Updates for 2022

For 2022, Harley-Davidson equipped the Low Rider S with its biggest engine yet, upgrading from the Milwaukee-Eight 114 to the 117.

The ‘22 S now has a small digital dash system integrated into the handlebar riser, as well as a slightly taller monoshock that adds an inch of travel in the rear.

Keep in mind that success in this space is about balancing performance with style, and each of these bikes bring a little something different to the table. 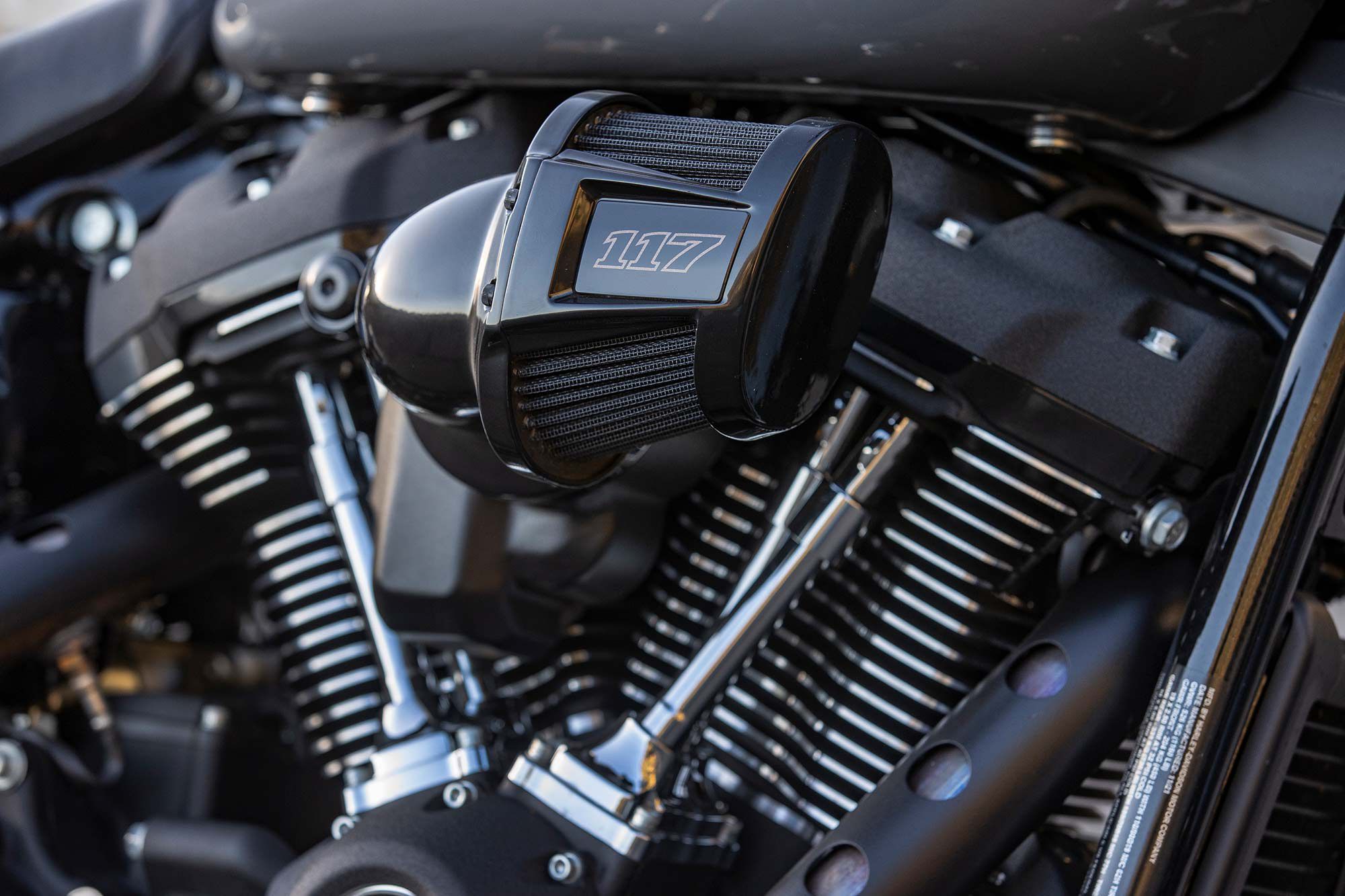 The Low Rider S has a bigger engine that puts out more power than any previous Low Rider. (Jeff Allen/)Powertrain: Engine, Transmission, and Performance

Harley-Davidson’s 2022 Low Rider S is powered by the brand’s largest powerplant, the Milwaukee-Eight 117.

The engine is strong and loud with tons of torque available immediately from idle. But while it’s every bit a hot-rod engine, the powerplant feels surprisingly smooth and refined on the road.

“Initial power delivery is very smooth but there is plenty of power on tap throughout the running range,” Cycle World testers said in a first test on the bike. The 117 produces over 100 lb.-ft. of torque from 500 rpm after idle to 500 rpm before redline, peaking at 115 lb.-ft. at 3,200 rpm. The character of the M-8 does not change drastically with the increased size, but sounds more full. Also, power delivery feels similar; there’s just more of it. 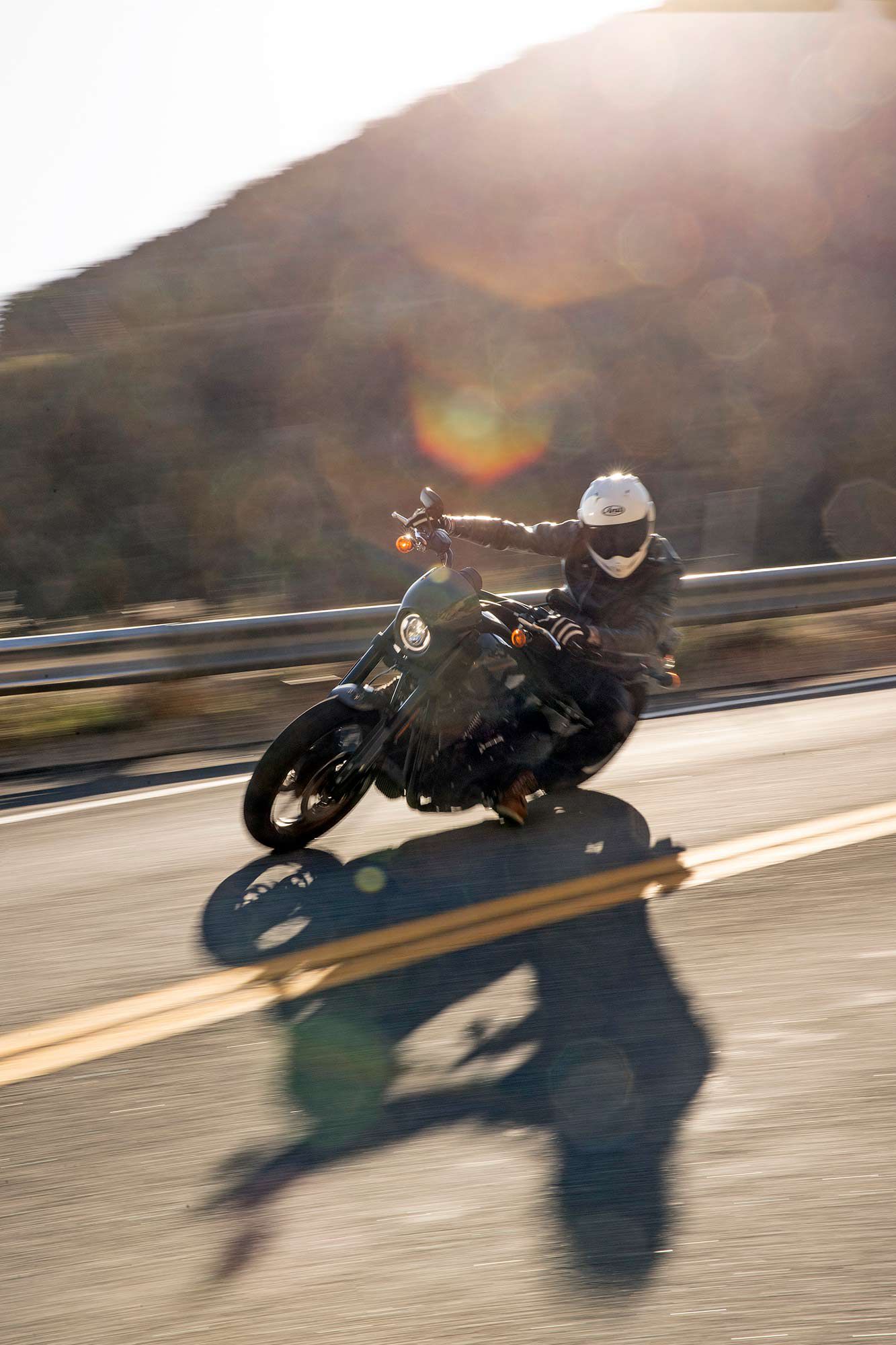 The Low Rider S is built on a tubular steel frame with a 43mm inverted fork and a single rear shock. Updates for 2022 see a new, longer monoshock that adds a half inch of stroke and a full inch of travel.

“The fork had a different feel than the shock,” Cycle World commented during testing. “It was more plush and forgiving, but still maintained a nice firm feel while being pushed through a canyon or mountain road. The fork only felt too soft on hard brake application, which would bring about more dive than is preferred.” 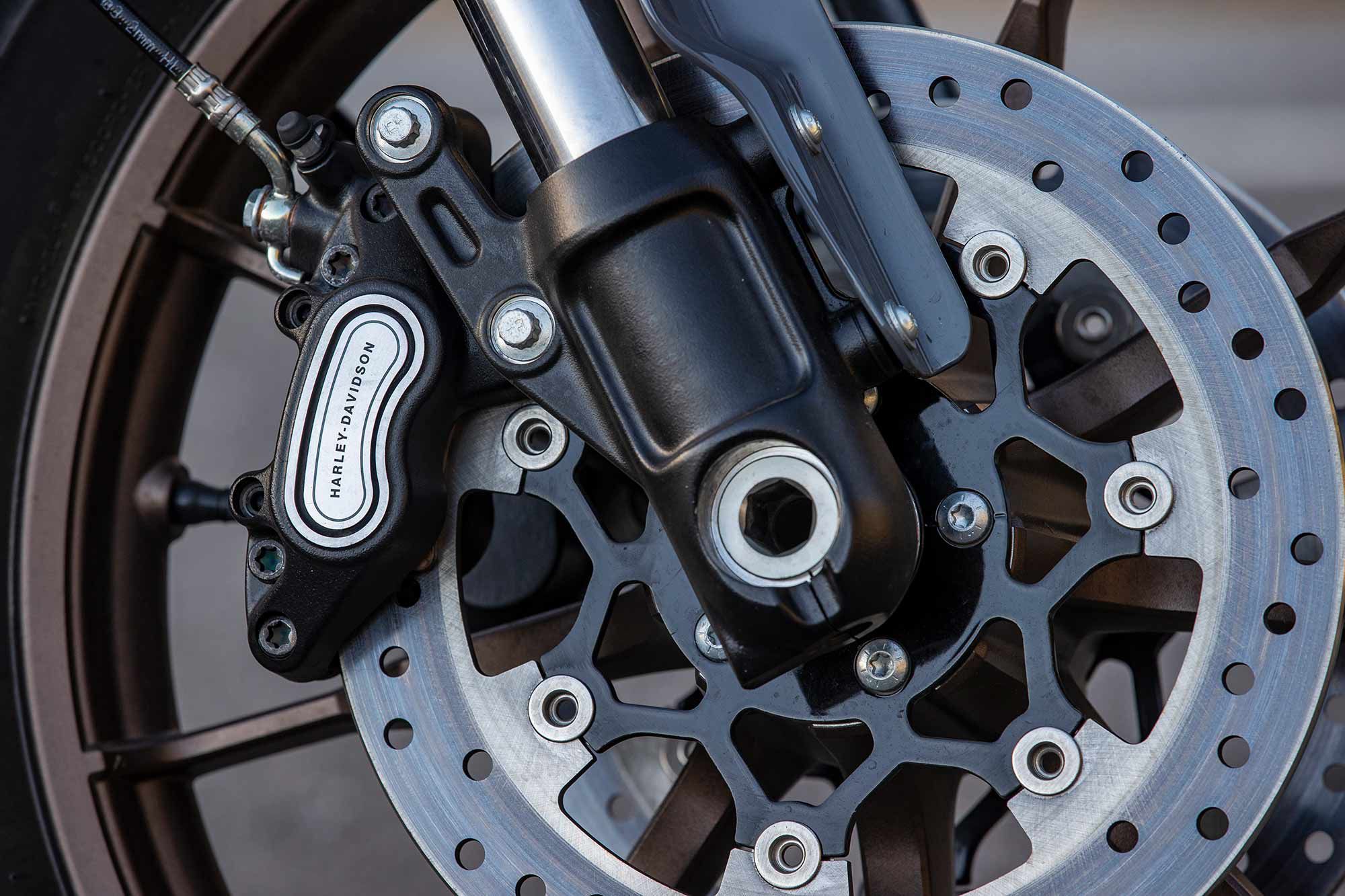 Braking duties are handled by dual four-piston calipers on 300mm discs at the front and a single two-piston caliper on a 292mm disc in the rear.

Feel at the front brake lever is exceptional until you activate ABS, then it will push back with steady pulses as the system works to stop the bike. Rear brake feel is vague but present. In testing, the Low Rider S stopped from 60 mph in just over 135 feet, on par with the performance-oriented bikes like the Yamaha MT-09 SP or a Ducati Multistrada V4 S. An interesting comparison, sure, but it highlights the performance capabilities of the Low Rider S. Ergonomics on the FXLRS are tight and aggressive. Some taller riders complain about this seating position and would prefer forward controls. (Jeff Allen/)Ergonomics: Comfort and Utility

Mid-mounted foot controls and a straight bar on high risers put the rider in an upright position with their feet below their knees. Some taller riders may find this cramped, but aggressive riders often prefer this stance to the more relaxed forward-control-equipped ergos. 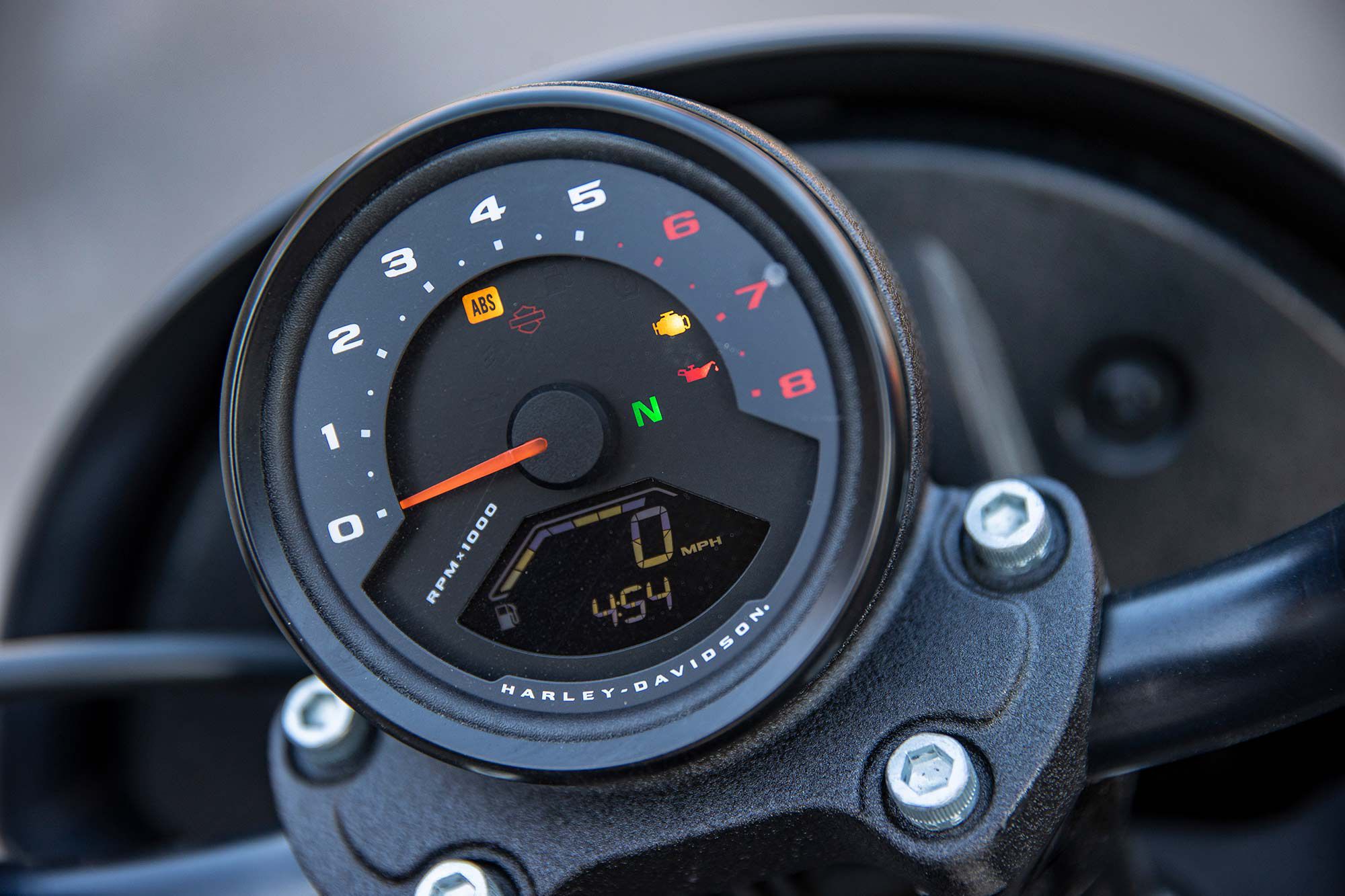 This Low Rider S is premium and has some of the best equipment H-D has to offer, but the gauge right in the rider’s sight line is still the same old analog unit that’s been used for years. (Jeff Allen/)Electronics

Things on the Low Rider S are kept intentionally analog. The gauge system is minimal and tucked into the handlebar riser. ABS comes standard, but there is no traction control.

The Low Rider S comes with a two-year warranty.

Harley-Davidson sets a high standard for fit and finish, which is exemplified in the Low Rider S. Paint is smooth and high quality. Wires and hoses are neatly tucked out of the way. The S has a durable and permanent feel, while still feeling high-end.