It seems like just a consequence of proper engineering and planned longevity. But all the same, BMW Motorrad is turning 100 in 2023. To mark the occasion, 1,923 Special Heritage editions of both R 18 cruiser and R nineT naked models will be made available come early 2023.

In keeping with the occasion, both will feature Classic Chrome, black paint, white double pinstriping, and of course, a 100 Years badge. Internals will stay the same, but each limited-edition model will feature the special paint-on-chrome process for tanks and bodywork that harken back to beloved models like the R75/5 and its distinctive “toaster” appearance.

The R 18 100 Years wears the classic livery and design best with a look that pays homage to the 1936 BMW R 5. With ample fender acreage, the pinstriping and Avus Black color (or lack thereof) provide a visual springboard for the chrome exhausts (or chrome anything) to really pop. Absent the optional rear passenger kit, the rear fender’s chrome treatment mirrors the tank’s chrome, with sundry shiny bits like the engine and cylinder cover, exhaust manifold, and gear and foot levers adding to the classic picture.

There’s even a perforated BMW logo incorporated into the baffle of the twin Akrapovič mufflers, because 100 years. Best keep a rag handy to keep those polished.

Say what you will about “special editions” and their manufactured scarcity, but BMW’s milestone is worth noting, down payments notwithstanding. From a mere 56 units with 494cc putting out 8.5 hp, the 1923 R 32 model is basically its own corner of motorcycling’s Rosetta stone.

Here’s to another 100 years, BMW Motorrad. 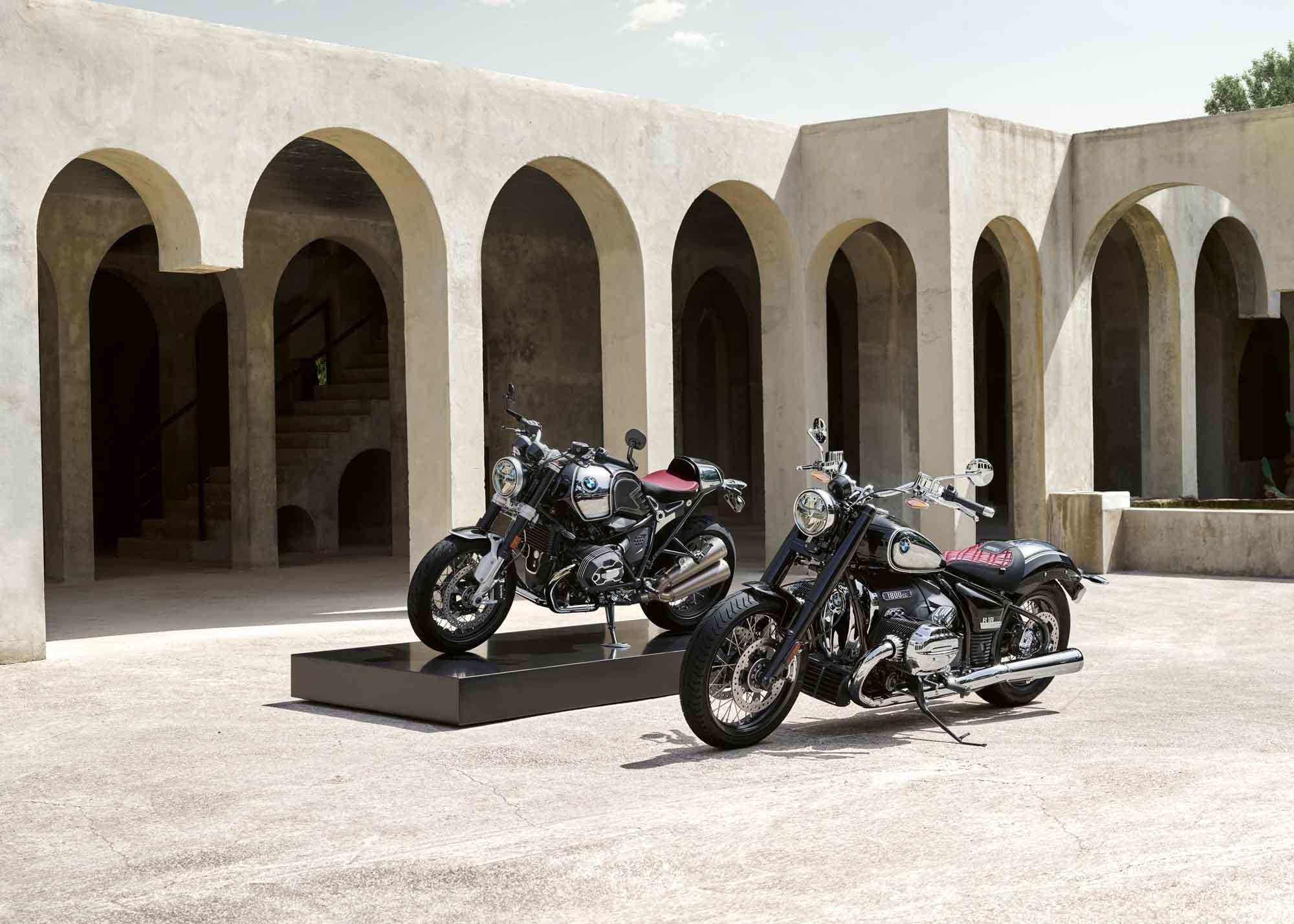 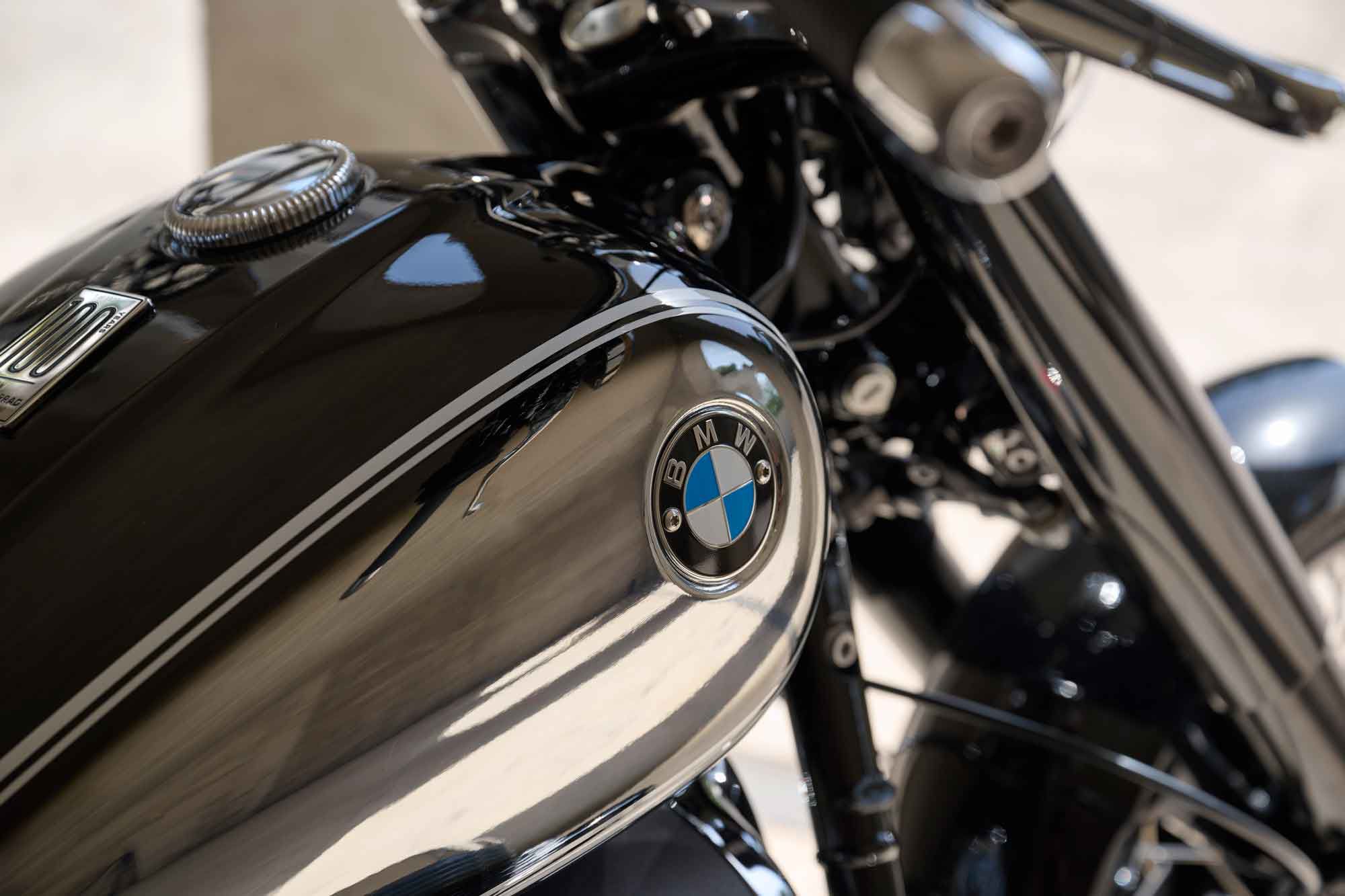 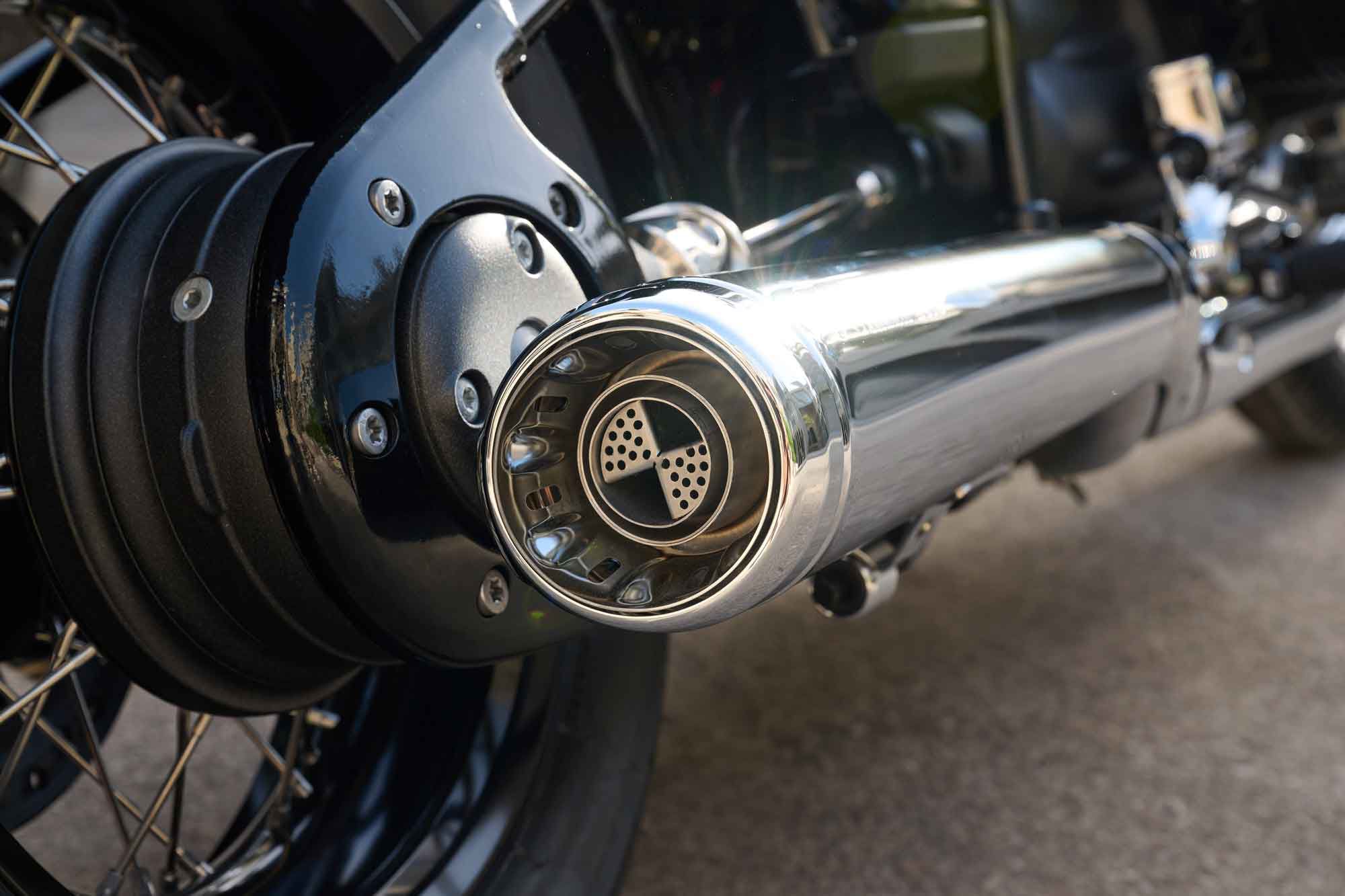 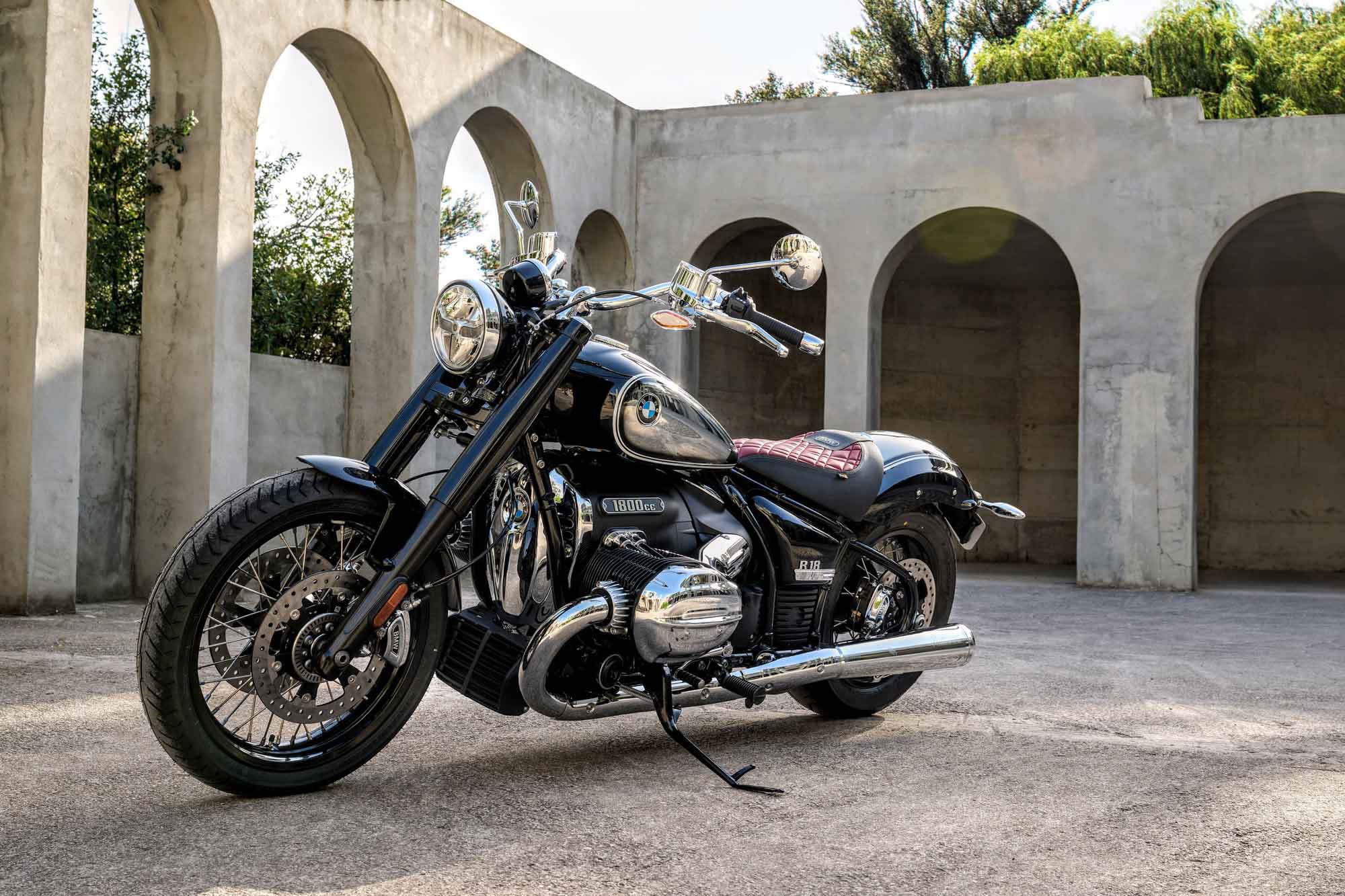 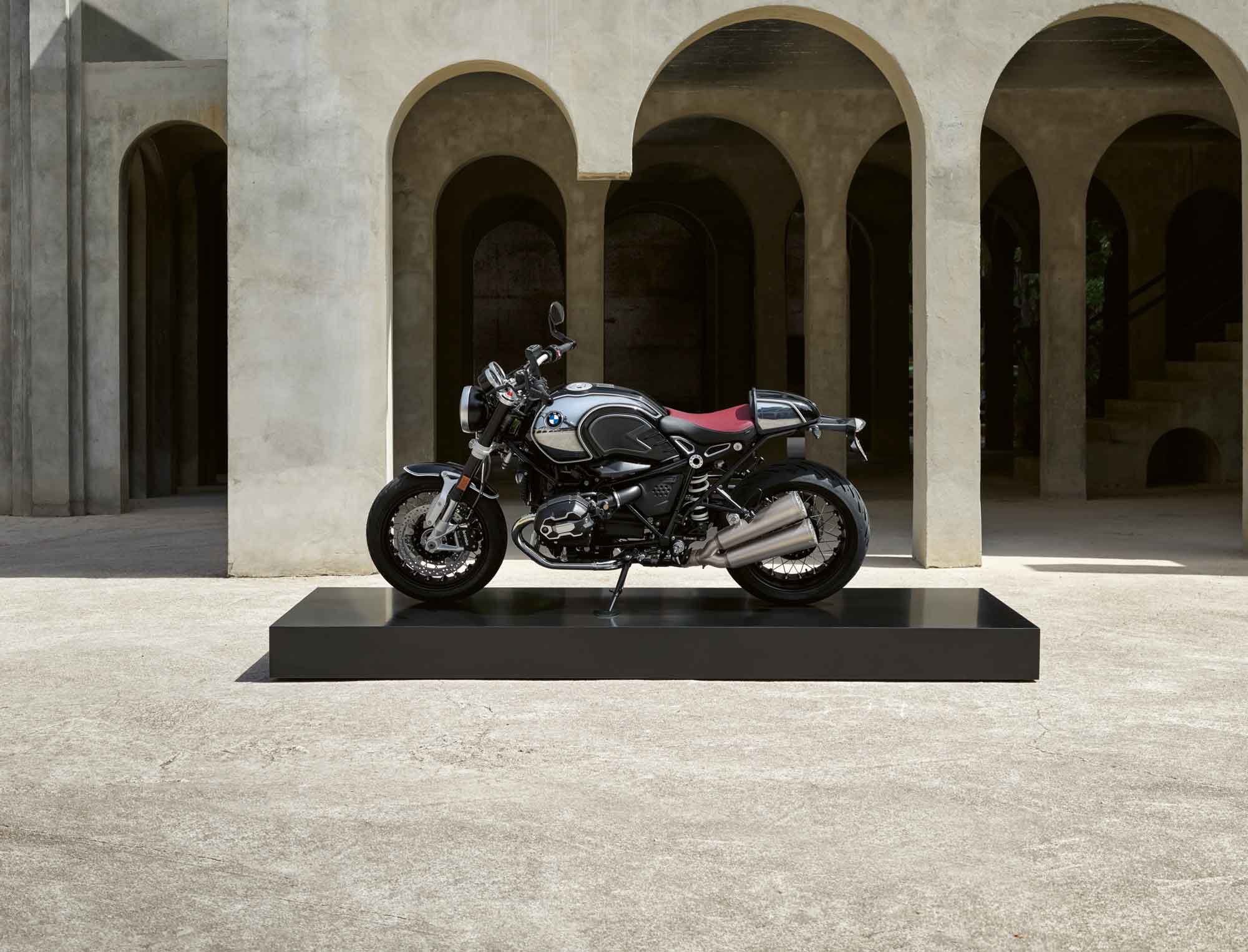 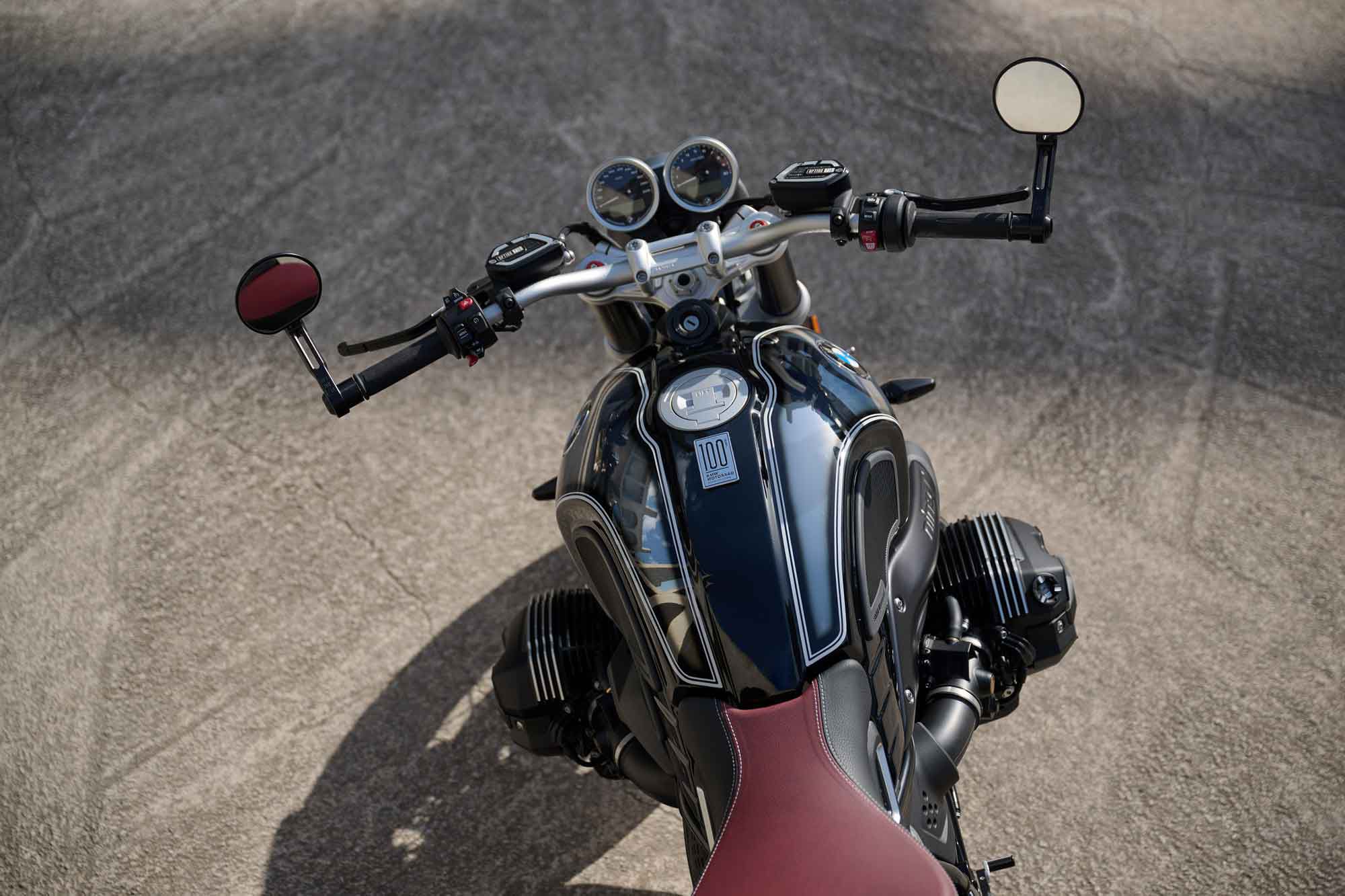 All aboard: the R nineT 100 Years cockpit. (BMW Motorrad/)