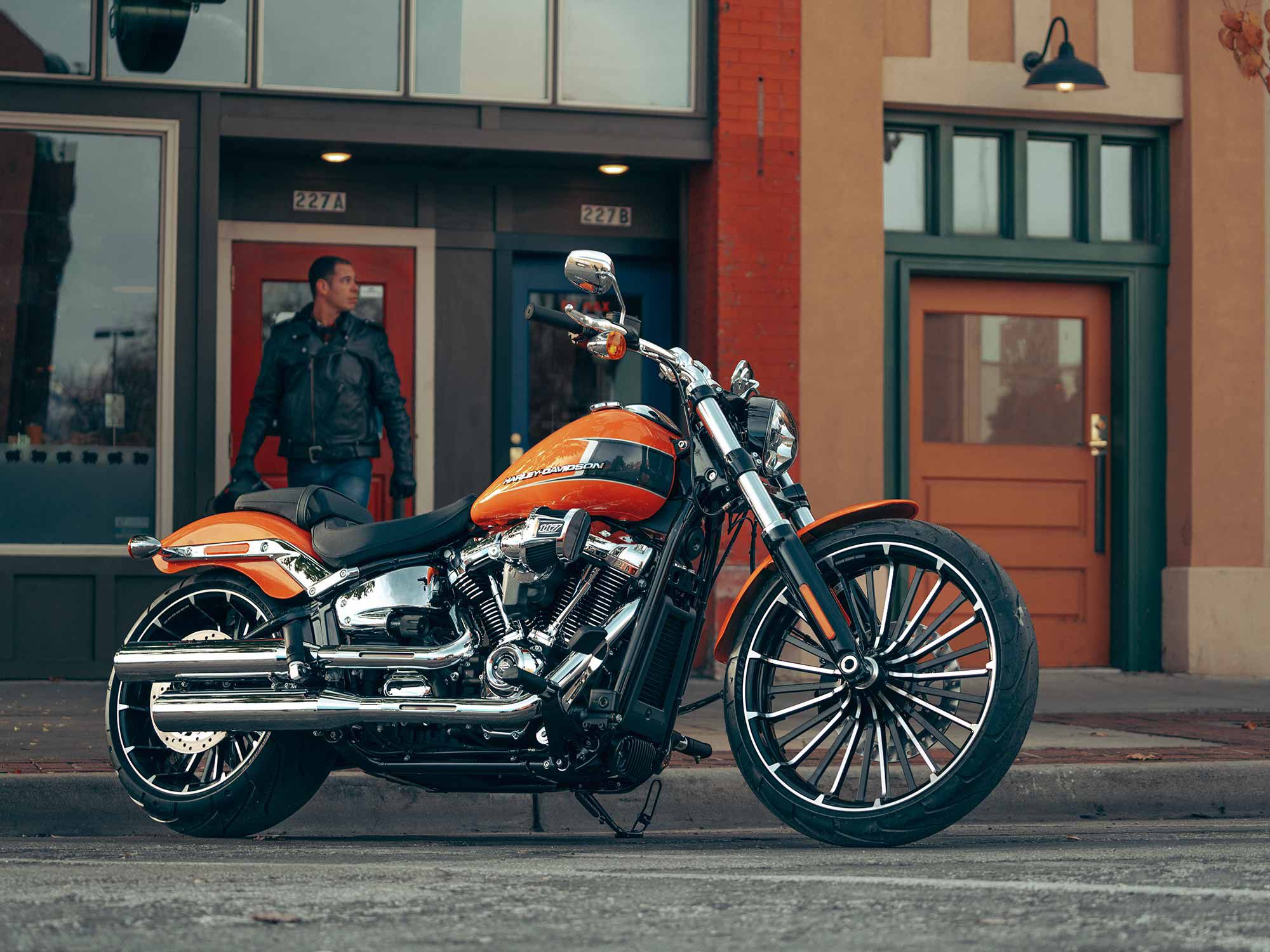 It’s easy to think of Harley-Davidson as old school, traditional and highly averse to risk. But one look at the ever-expanding (and shrinking) family tree suggests they regularly pivot, break things and clean up nicely afterwards. After taking a semester or two abroad in European markets, the Harley-Davidson Softail Breakout is back in the U.S.A. for 2023.

The time abroad failed to refine or soften the Breakout’s edges. It still retains a drag-centric silhouette, with stance and rake made for quarter-mile stoplight contests, not country trips for fresh baguettes. That’s good news for fans of Milwaukee’s most aggressive Softail. It’s thankless work crafting press releases, so let’s give one to the H-D scribe: “The Breakout model is designed to rule the street with style and power.”

Deleted from the Motor Company’s cruiser rolls in 2022, the Softail Breakout returns with a slightly bigger engine, the venerable Milwaukee-Eight 117 cubic inch mill. This bests the previous 114 cubic inch motor’s torque by 8 ft lb, landing at 127 ft lb of torque. This number is based on Road Glide and Street Glide ST models, so final tuning may vary slightly.

Other than its beating heart, the Breakout hasn’t changed much. But there’s a few tweaks, revisions and improvements. It now gets a 5-gallon fuel tank, a sizable upgrade from the previous 3.5-gallon cell. Bars and riser have been revised, they’re now 0.75 inches taller for better reach. Notably, cruise control is now standard, with Traction Control optional. 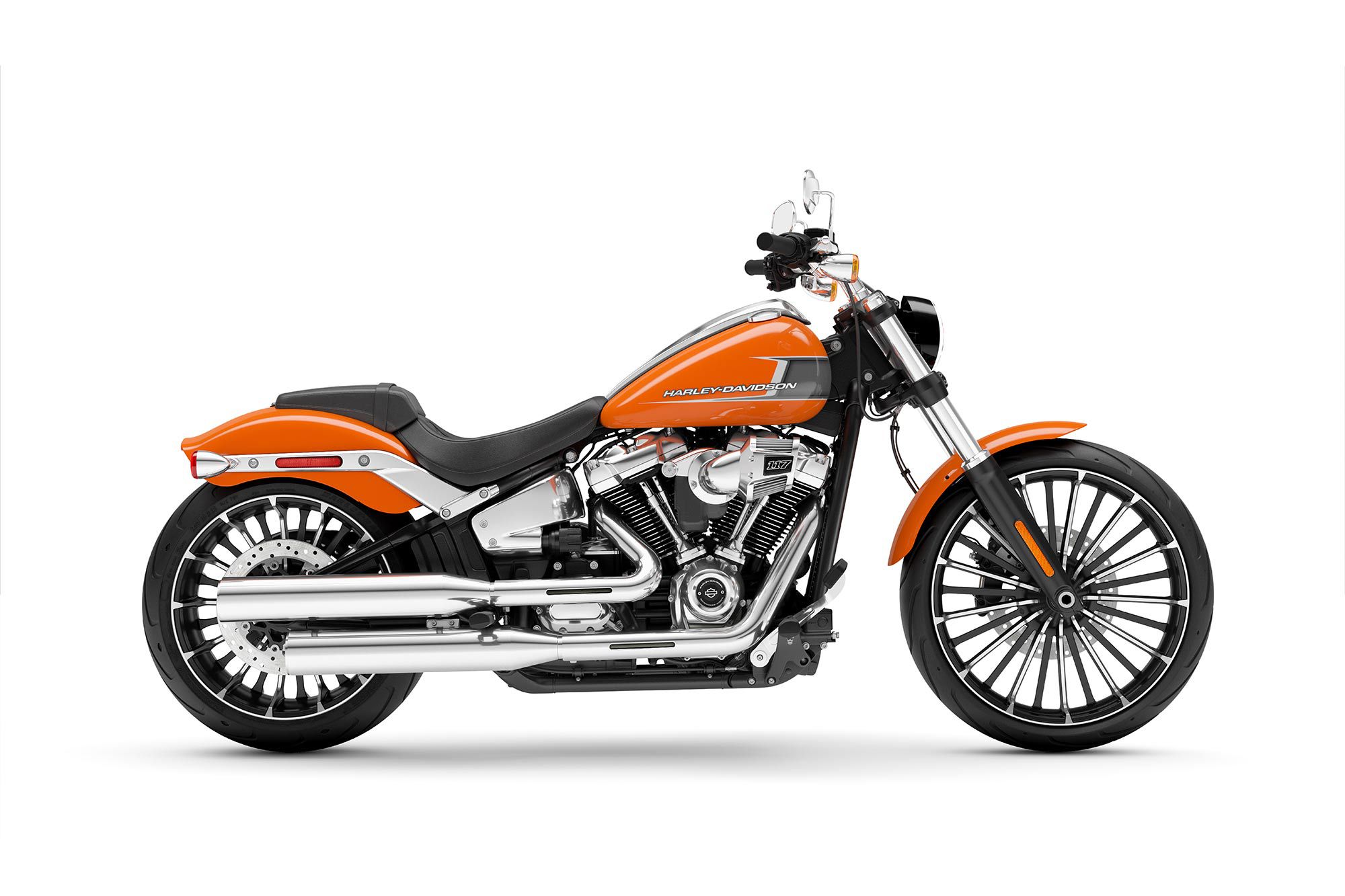 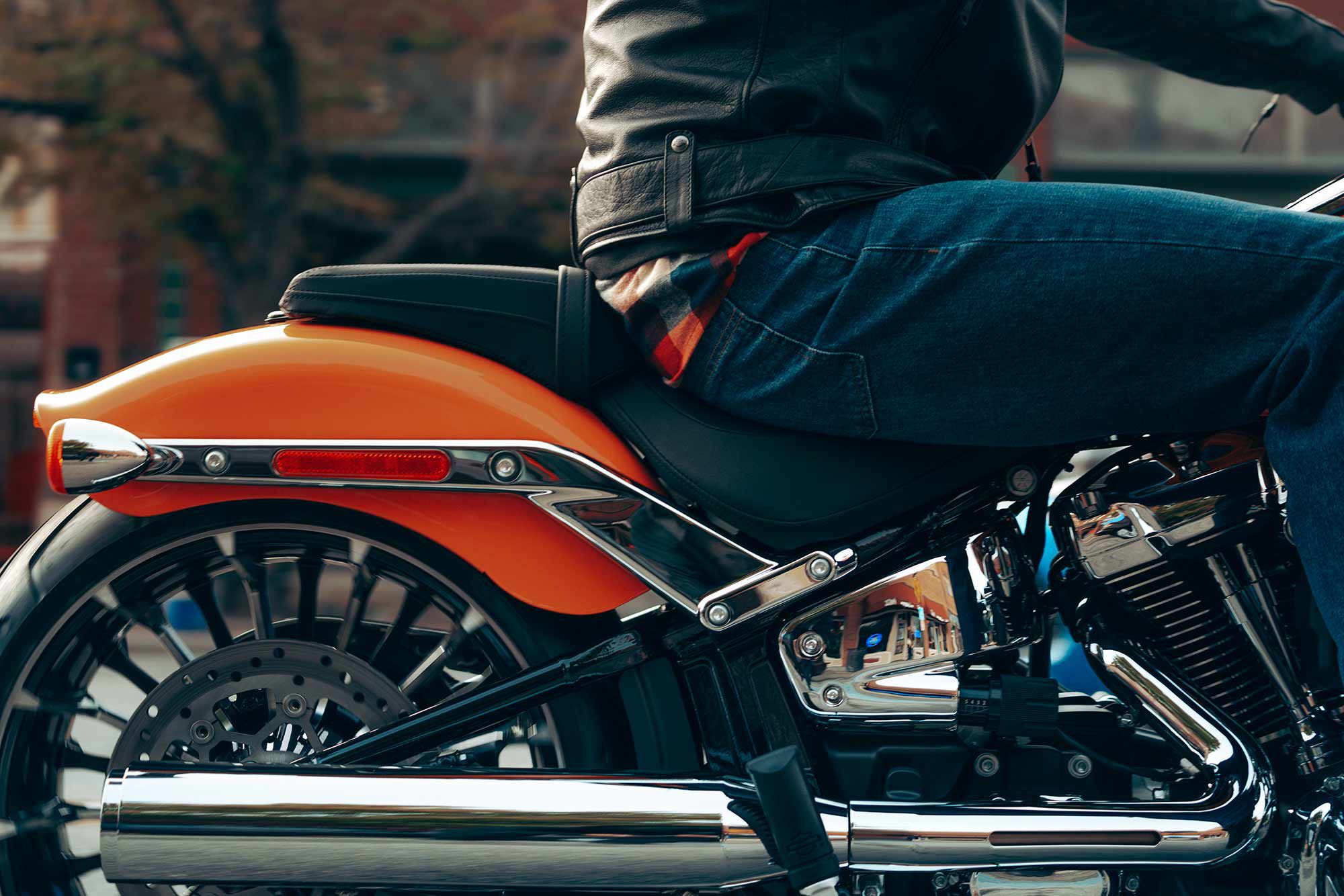 Fender supports and sidecovers get the chrome treatment. (Harley-Davidson/) 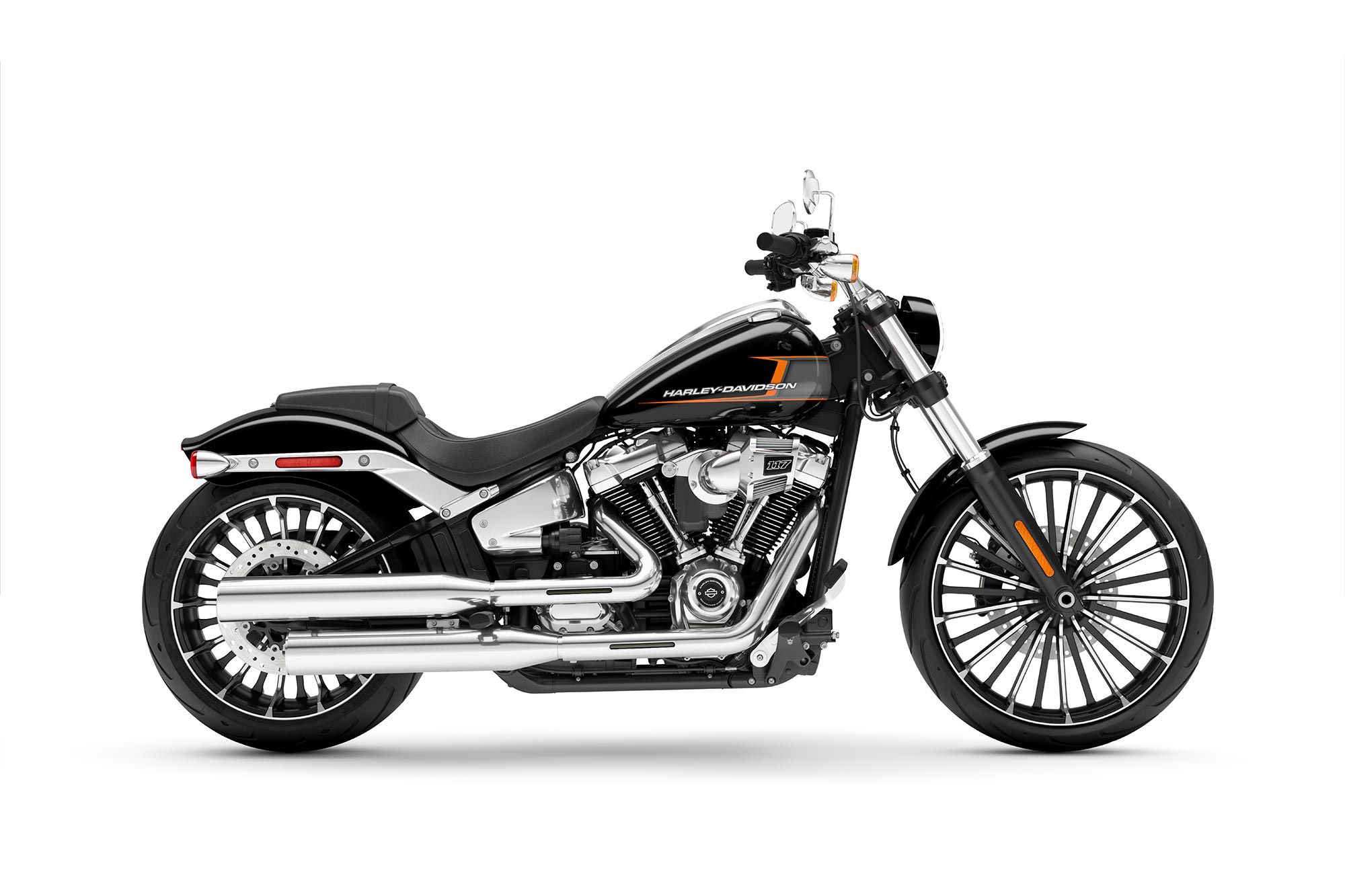 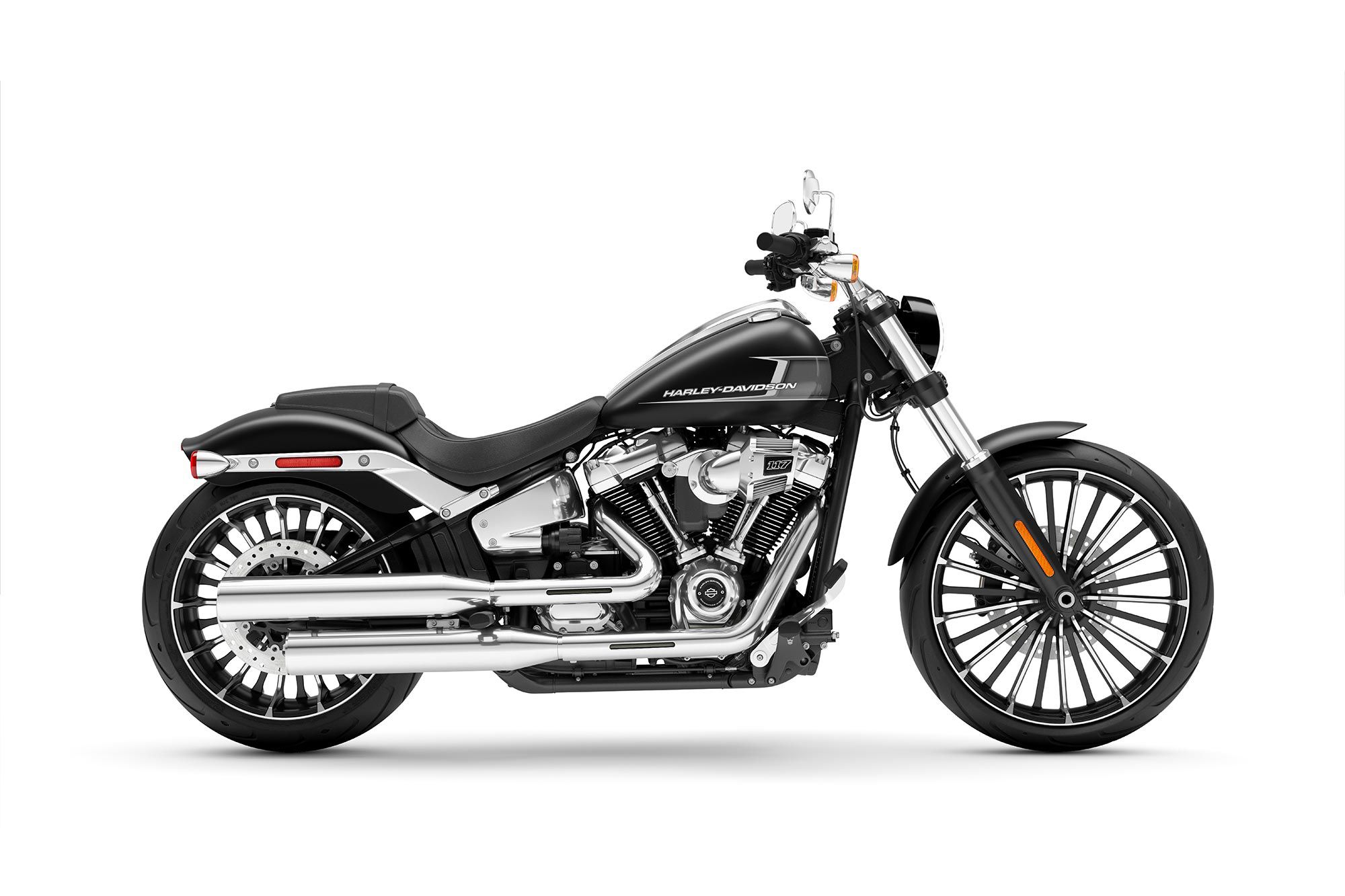 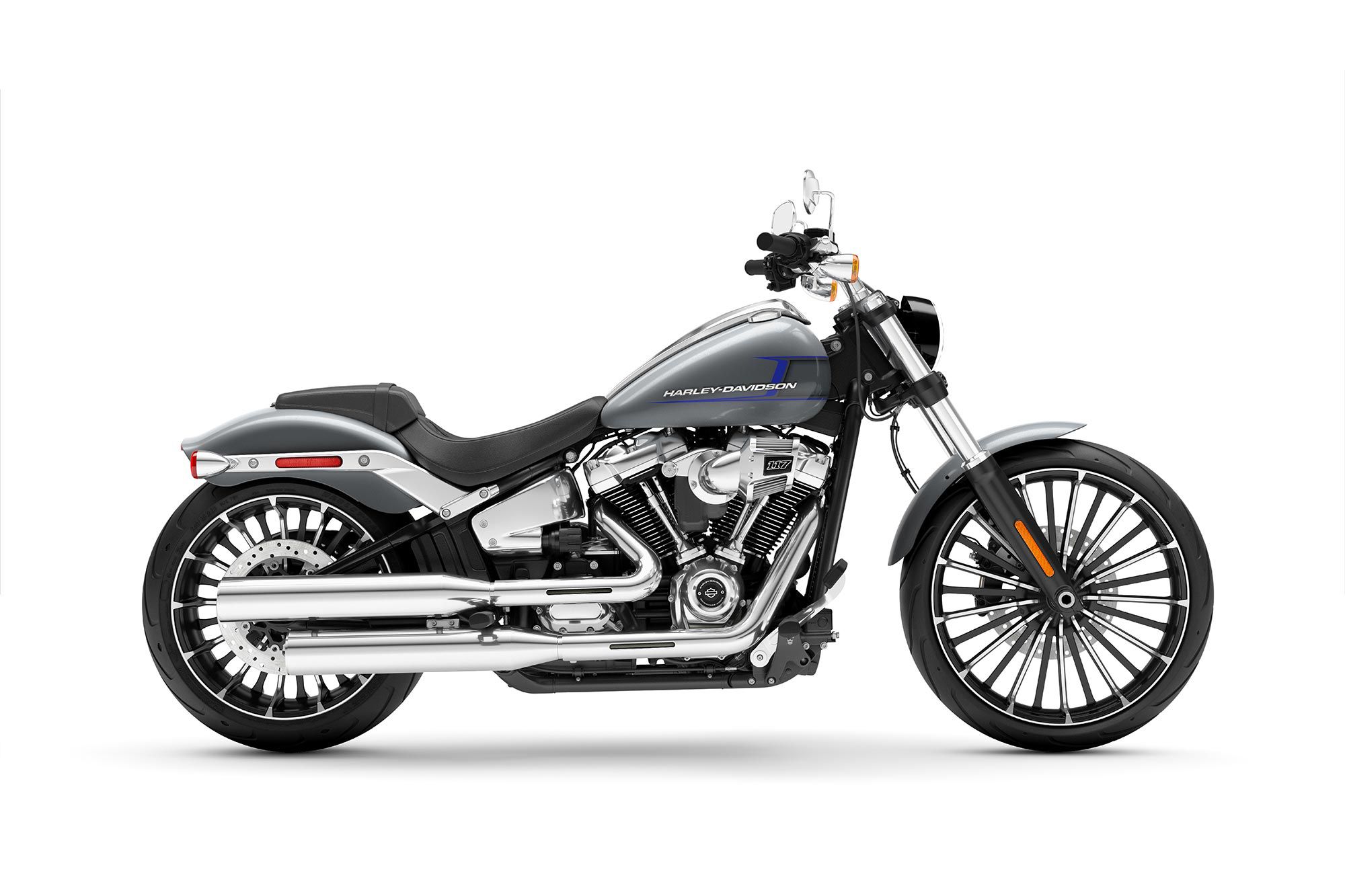