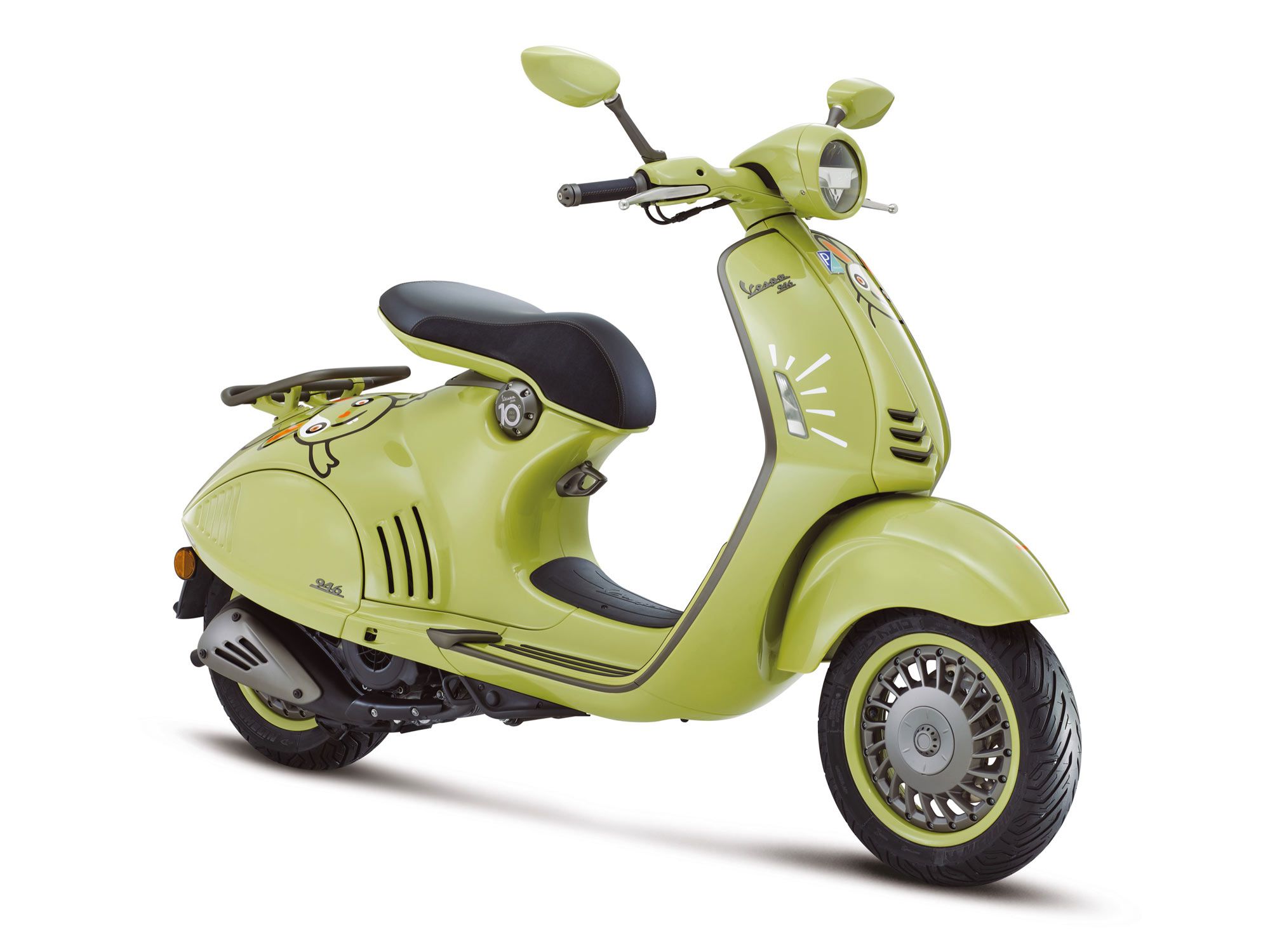 No price information yet for the 2023 Vespa 946 Bunny Edition. (Piaggio Group/)

Vespa has announced a new limited-edition 946 scooter for 2023 to celebrate both the year of the rabbit with playful bunny graphics and 10 years of 946 production. The 946 Bunny Edition will be a numbered series, and only 1,000 units are planned for production worldwide. Pricing details aren’t yet available, but the scooter will be available starting July 2023.

Since its introduction to the market in 2013, the 946 has served as a platform for Vespa’s more exclusive offerings. A partnership with Christian Dior in 2020 is one example, preceded by a team-up with Emporio Armani back in 2015. The Bunny Edition may be the latest in this tradition but it is by no means the last, with Vespa revealing that it plans to offer lunar year-themed scooters for 12 total years.

The 946 was first developed as a tribute to the first Vespa model and was launched in the US market at the Bulgari flagship store in New York. It was also a limited edition, with only 3,600 units, and was the first in the brand’s history to combine steel and aluminum in the bodywork along with unmistakably nostalgic styling. The Bunny Edition carries on that tradition not only in the construction, but also in the green color which is an homage to the classic Vespa green.

Additional details on the scooter’s technical specifications will be available later this month. 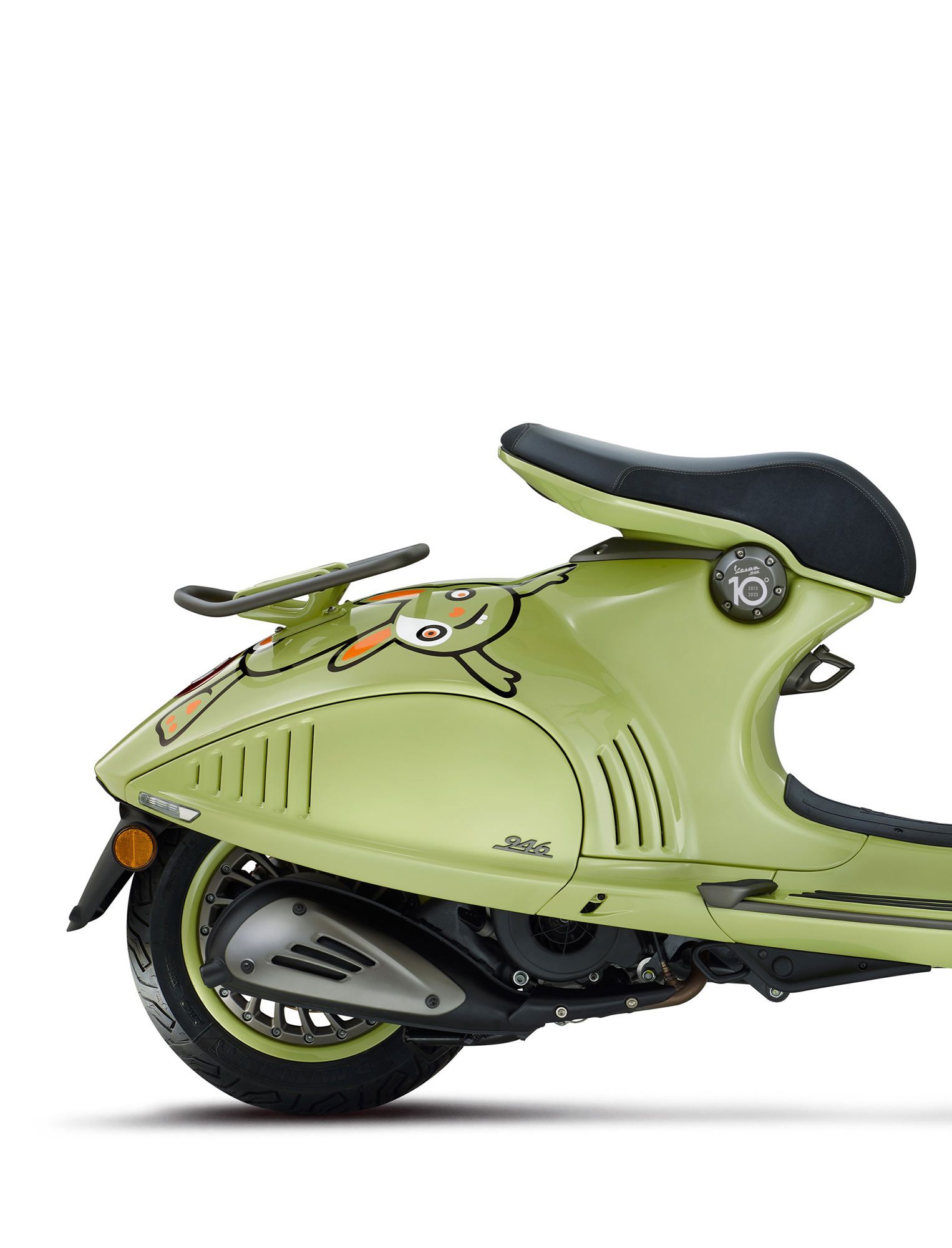 The Vespa 946 Bunny Edition will feature playful graphics to celebrate the year of the rabbit. (Piaggio Group/) 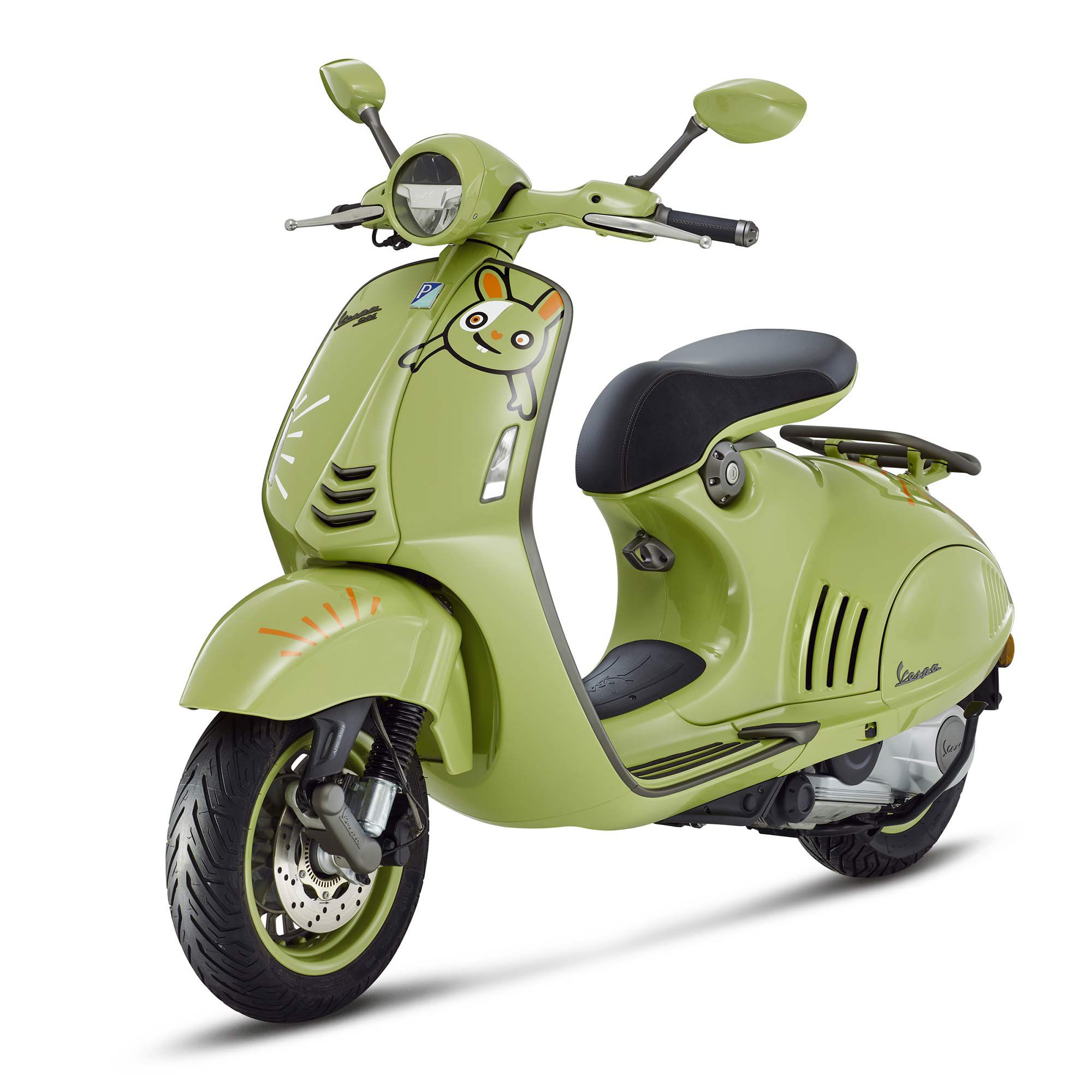 Nostalgic styling and limited-edition runs have marked the 946 platform since its debut in 2013. (Piaggio Group/) 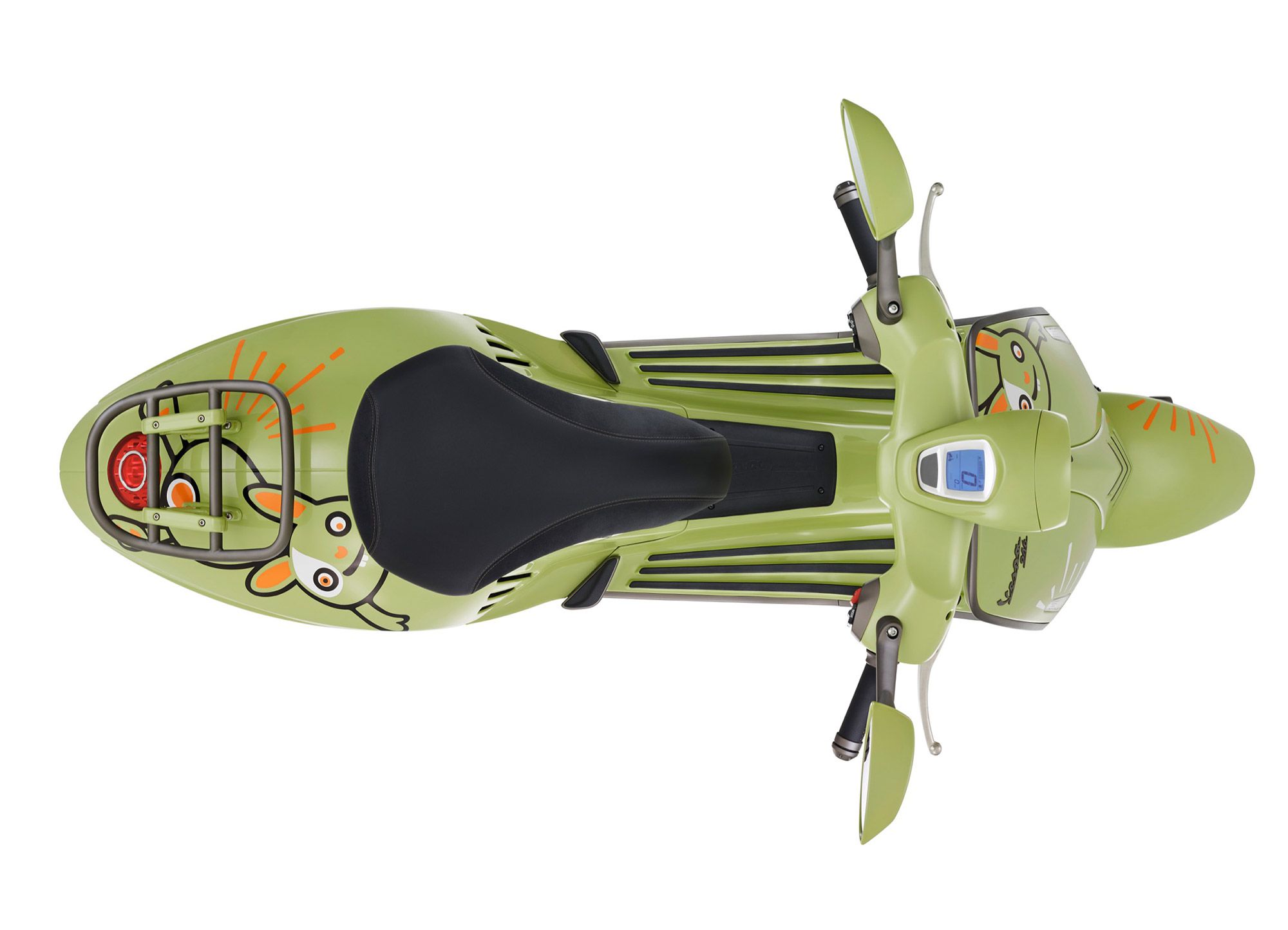