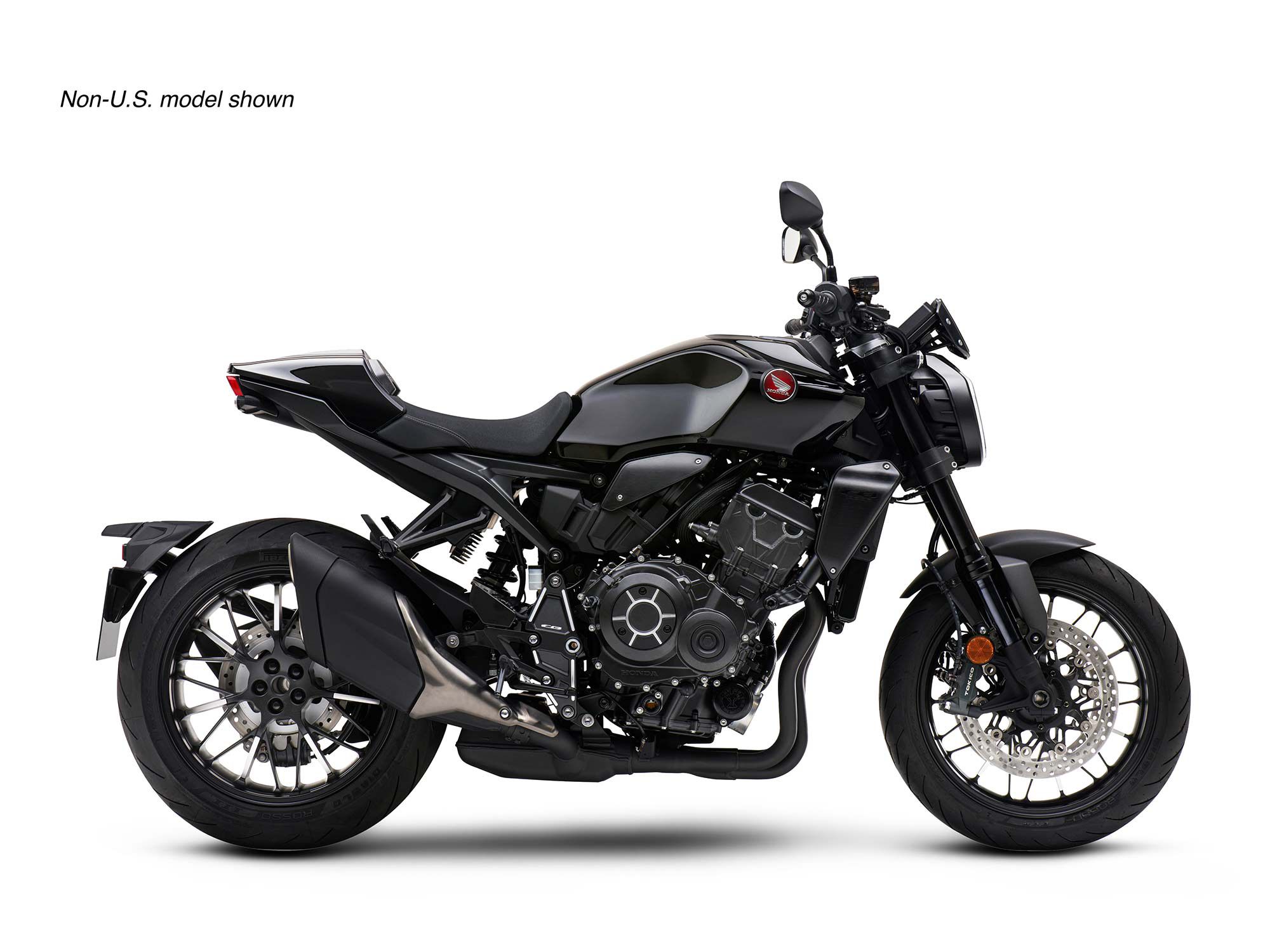 When does a motorcycle become “venerable”? The Honda CB1000R has been a lineup mainstay since 2008, but it replaced the somewhat-loved Honda 919. And it exists in a category that’s not exactly one of Honda’s chakras—naked bikes, streetfighters, neo-sports cafe, etc.

Refreshed in 2017, it shares curb space with an unruly bunch. Triumph Triples, Suzuki GSX-S1000s, Kawasaki Z900s, Yamaha MT-09s, KTM 890 Duke R, and even the Indian FTR. Arguably, the Ducati Streetfighter V2 could be considered an uppity peer. In the middle somewhere sits the CB1000R.

Save for the serial number and accompanying production date, the 2023 Honda CB1000R is exactly the same as 2022′s CB1000R Black Edition. It appears even the press photo is the same as last year’s. The press release mentions nothing about the “Black Edition” and the black color is no longer “Graphite Black.” But Honda’s site keeps the Black Edition name, so who knows. Regardless, the $12,999 MSRP is unchanged.

To recap, here are the highlights.

You get a reported 121.8 hp and 68.8 lb.-ft. of torque at 8,200 rpm from a DOHC 998cc liquid-cooled four-cylinder motor. You’ll ride 32.7 inches off the ground, suspended by a Showa fork in front (4.7 inches of travel) and a Showa monoshock (5.2 inches of travel) in back. Four-piston Tokico calipers on 310mm floating discs up front and a single Tokico caliper on a 256mm disc in back will stop things, using ABS. You, plus 467 pounds of motorcycle, equals fun on the open road.

You get four rider modes: Standard, Rain, Sport, and User. As mentioned above, you get ABS and Traction Control, though they’re not integrated with a six-axis inertial sensor to bring lean angle and cornering into the equation. A smartly designed and intuitive 5-inch TFT keeps the rider in the know. Honda’s quickshifter system with an adjustable shifter (soft, medium, and hard) rounds things out.

So is the CB1000R a venerable bike? Let’s go with “versatile.” You don’t get the most ponies, the lightest curb weight, or the lowest MSRP. You get an understated streetfighter with a broad, flat, and highly usable torque curve. It sits smack in the middle of an imaginary motorcycle Venn diagram. Like most of Honda’s output, it’s not the best at anything; it’s one of the best bikes at everything.

Everything, that is, except product media or pictures. Exactly one (1) studio image of this year’s model was made available to Motorcyclist. Understated, indeed. Want to see the CB1000R up close or carving canyons? Check out our MC Commute on the 2021 bike. 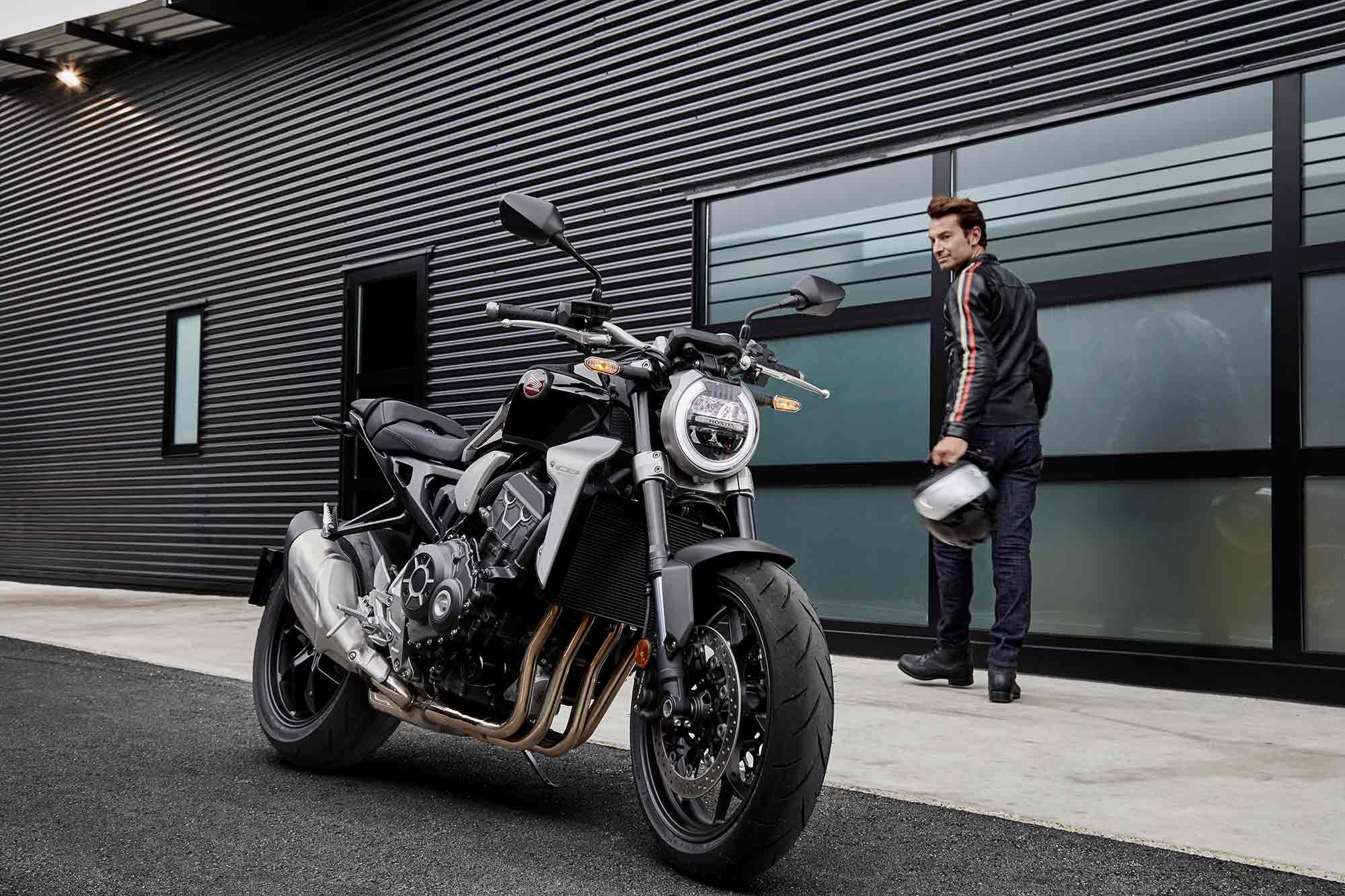 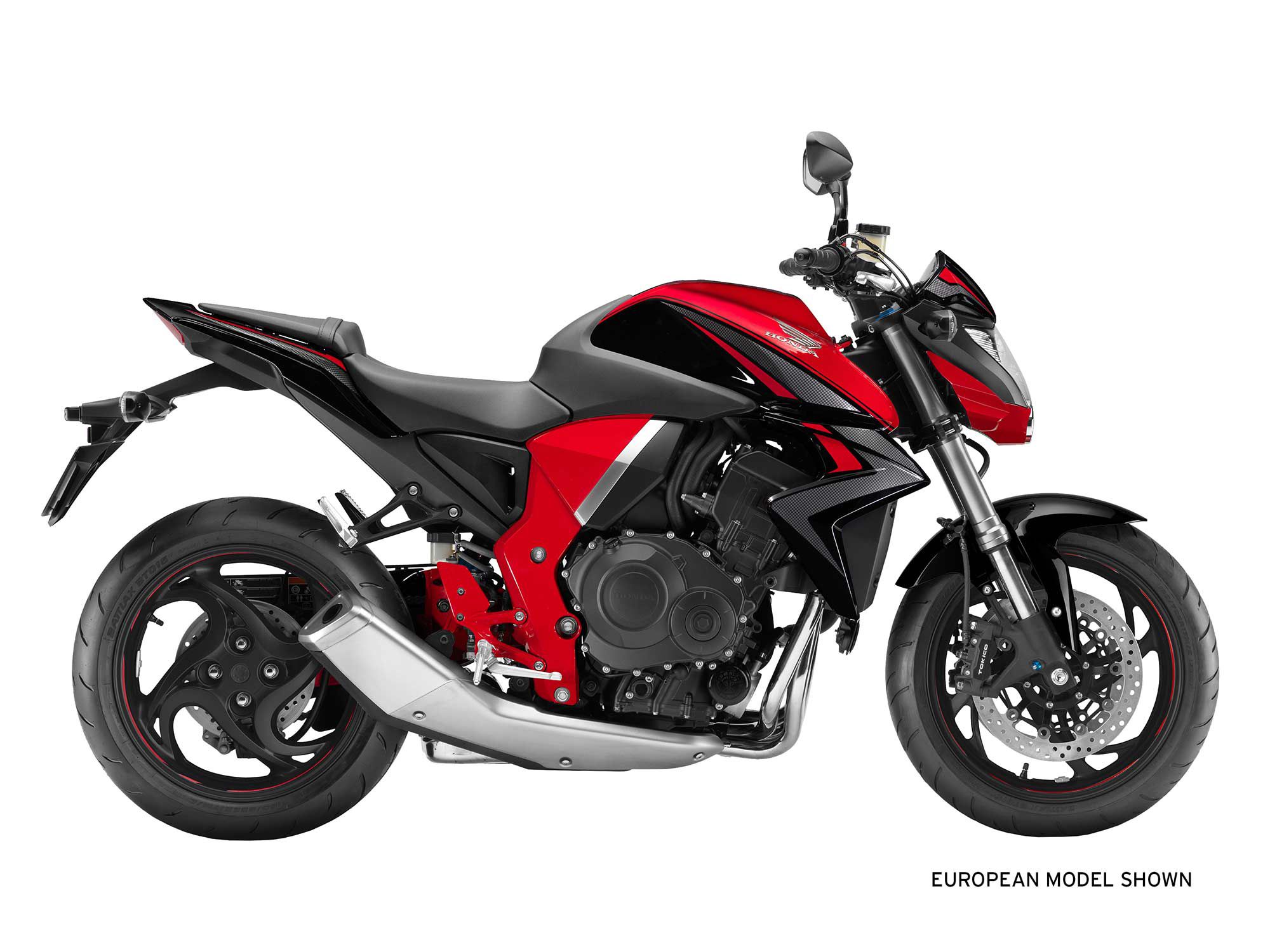